Culture recovery grant is a winter lifeline for coastal theatre

Sheringham Little Theatre director DEBBIE THOMPSON reports on how the venue’s theatre is looking much brighter than it was a few short months ago.

What are the Christmas opening hours at Chantry Place shopping centre this year?

Norwich pub to host Christmas market with over 100 stalls

The landlords of the Gibraltar Gardens pub in Norwich will get locals in the festive spirit by hosting a Christmas market.

Wensum Wonderland launching this Christmas with fairground and market

You’ll be walking in a Wensum Wonderland at a new event launching in Norfolk this Christmas, with everything from a festive market to fairground rides.

Video 10 things to do in Norfolk over October half-term

From drive-in movies with Halloween classics to pumpkin picking, there are plenty of events that will keep the whole family entertained over October half-term in Norfolk.

Out now is the eighth episode of the Enjoy Music More podcast which aims to showcase some of the fantastic bands and solo musicians from across Norfolk and East Anglia.

From pumpkins to a fortune telling booth, families across Norwich are taking part in a Halloween trail this year so children don’t miss out while they can’t go trick-or-treating.

Where are the Norfolk contestants from The Great British Bake Off now?

The 11th series of The Great British Bake Off is in full swing and we have all be picking our favourites but this year there are no contestants from Norfolk.

A display of remarkable glass sea creatures created by a father and son team are among the new exhibits visitors returning to the recently reopened Norwich Castle Museum can enjoy.

Robert Glover was a footballer and submariner before introducing fostering to China and helping a million orphans into families.

Classic films to be shown in memory of staunch theatre supporter

A trio of classic films will be screened at a north Norfolk theatre next month in memory of one its staunchest supporters.

While many of Norfolk’s Christmas events have been cancelled this year due to coronavirus, it doesn’t mean you have to miss out completely with markets, pantos and other festive experiences still going ahead with social distancing measures.

Live theatre will return to The Cut in Halesworth next month.

Roll up, roll up - the circus has arrived in town for 12 days of death-defying displays and jaw-dropping stunts in a socially distanced big top tent.

Three north Norfolk arts venues, which have been hit hard by the coronavirus pandemic and lockdown, have been thrown a financial life line by the Government.

‘It is a heartbreaking decision’ - City theatre to temporarily close

The Maddermarket Theatre in Norwich is set to temporarily close from next month to ensure its future, with all scheduled shows postponed or cancelled.

Those that work at arts venues across Norwich are celebrating after receiving a share of the government’s Culture Recovery Fund, with £1.87 million worth of grants given in the city.

Updated £3.2 million ‘lifeline’ boost for the arts in Norfolk and Waveney

Theatres, music venues, museums and an iconic circus are celebrating after receiving a vital funding boost.

The landladies of The Brickmakers live music pub in Norwich are feeling elated after receiving a £174,958 share of the government’s Culture Recovery Fund, allowing them to finally reopen after seven months.

Challenge your family and friends while learning about Norwich’s rich history at a new outdoor escape game that takes players on a fascinating trip around the city centre.

Management at theatres and arts organisations across the region are celebrating after receiving lifeline funding.

Ghostly Halloween tales, creepy quests and eerie trails are set to capture the imagination of families this half term.

A new firework event at a popular Norfolk attraction is set to transport you to A Whole New World, with a dazzling display set to Disney music.

Looking for fun things to do this autumn? A number of museums around the area have reopened, and some have special events and exhibits, ranging from Star Wars to a famous Turner painting.

REVIEW: Feel the wind in your HAIR as West End stars bring groove to Norwich

You do not need to be an Aquarius to have a shimmy or groove to the psychedelic delight that is HAIR.

Santa Claus is coming to towns and villages across Norfolk this Christmas and will be making home visits so children don’t miss out with grottos unable to open.

A heritage railway’s popular ‘Steam Trains to Santa’ event has been cancelled for 2020 due to coronavirus restrictions.

Attacks on the BBC from both the left and the right are discussed in a new book to be launched at a north Norfolk literary festival. ‘The War against the BBC’, by Peter York, will be presented on October 23 during the Sea Fever festival in Wells-next-the-Sea, which takes place both physically at the Wells Maltings and online.

The Islas’ lead singer chats about the band, new music, coping with COVID and more on the Enjoy Music More podcast

Out now is the seventh episode of the Enjoy Music More podcast which aims to showcase some of the fantastic bands and solo musicians from across Norfolk and East Anglia.

Former Strictly Come Dancing judge and choreographer Arlene Phillips has directed a new concert version of Hair The Musical heading to Norwich and has revealed her delight at heading back to work.

Video 7 things to do in Norfolk this weekend

From an outdoor concert featuring West End stars to a drive-in cinema of The Greatest Showman, there are plenty of events to keep you entertained this weekend in Norfolk.

Young families will still be able to enjoy a pantomime this Christmas (oh yes they will) as socially distanced shows have been announced at two Norfolk theatres.

Norwich Theatre Royal has been shut since March due to coronavirus, with many shows rescheduled for 2021 that will hopefully be able to go ahead. These are the West End plays and musicals that are currently billed for the venue next year.

Oh yes it will - Special ‘lockdown’ panto to go ahead

A pioneering project will help keep the festive panto tradition alive at two Norfolk theatres - with thousands of children expected to join in online. 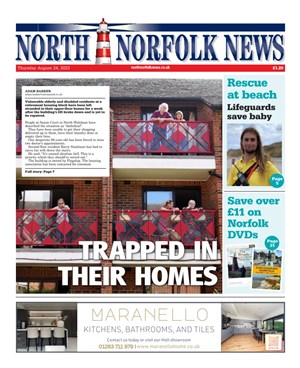